Genesco Inc. Announces Leadership Transition And Addition To Board Of Directors 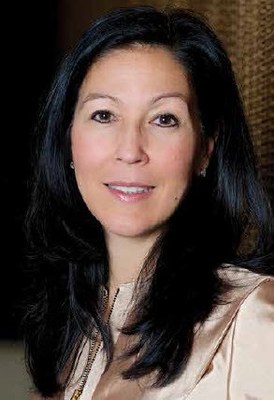 "Mimi's appointment as president and chief executive officer is a further step in our succession planning process, which began several years ago and led to her recent promotion as our chief operating officer.  She has a proven track record as an exceptional leader demonstrated through successive roles at , including heading our corporate strategy and shared services areas, serving as chief financial officer, and most recently, leading the Company as chief operating officer," said Dennis.  "I look forward to supporting Mimi and the entire management team as we work together to continue terrific positive momentum we have experienced since we divested Lids in February."

Diamond added, "Mimi will serve an impactful role on the board, sharing her strategic vision, operational knowledge and insight into our businesses.  The succession plan reflects the board's confidence in Mimi and her ability to lead the Company through its next phase of strategic growth and development.  On behalf of the board, I want to thank Bob for his 15 years with the Company and celebrate his lasting legacy as president and chief executive officer, during which we navigated important events in the Company's history, such as the acquisition of Schuh and the sale of the ."

Vaughn said, "I am honored to have the opportunity to lead forward as we enter the next chapter of our Company's growth creating and curating leading footwear brands.  I look forward to working with Bob, our management team, and with our tremendously talented and dedicated employees to build on the Company's strong foundation and most recent success and continue to execute on our strategic vision to build shareholder value as a leading footwear-focused company."

Prior to joining the Company, Vaughn was executive vice president of business development and marketing, and acting chief financial officer for in Nashville.  From 1993 to 1999, she was a consultant at , based in Atlanta.  During her tenure at , Vaughn advised senior executives and board members, specializing in the consumer and retail sectors.  Before joining , Vaughn held corporate finance positions at , , and .

Cautionary Note Concerning Forward-Looking Statements
This release contains forward-looking statements, including statements regarding future performance and other statements not addressing solely historical facts or present conditions. Actual results could vary materially from the expectations reflected in these statements. A number of factors could cause differences, including those cited in the "Risk Factors," "Legal Proceedings" and "Management's Discussion and Analysis of Financial Condition and Results of Operations" sections of, and elsewhere in, our SEC filings, which may be obtained from the SEC website (www.sec.gov) or by contacting the investor relations department of Genesco via our website (www.genesco.com). Many of the factors that will determine the outcome of the subject matter of this release are beyond  ability to control or predict. Forward-looking statements reflect the expectations of the Company at the time they are made. The Company disclaims any obligation to update such statements.

About
, a -based specialty retailer, sells footwear and accessories in more than 1,490 retail stores throughout the U.S., , the and the , principally under the names Journeys, Journeys Kidz, Schuh, Schuh Kids, Little Burgundy, Johnston & Murphy, and on internet websites www.journeys.com, www.journeyskidz.com, www.journeys.ca, www.schuh.co.uk, www.littleburgundyshoes.com, www.johnstonmurphy.com, www.johnstonmurphy.ca, www.trask.com, and www.dockersshoes.com.  In addition, sells wholesale footwear under its Johnston & Murphy brand, the Trask brand, the licensed Dockers brand, and other brands. For more information on and its operating divisions, please visit www.genesco.com.